Available for Norwegian and Danish literary translation projects and English language editing projects - please feel free to get in touch at: meturney94@gmail.com

Translation:
I have experience translating NO/DA/SE in various genres through my studies and professional experience, and am keen to work on a diverse range of texts. I am particularly passionate about translating Scandinavian science/speculative fiction and creative non-fiction. My current passion projects include translations of Tor Åge Bringsværd, Jon Bing and Kaspar Colling Nielsen's speculative fiction, and women's travel writing from 20th century Svalbard.

Editing:​
I provide proofreading and editing services for various clients and authors. I first gained experience in publishing by working for the small independent publishing house North Staffordshire Press, editing a number of texts, including non-fiction, novels and comics. My role also encompassed general publishing administration, including the application for The British Book Award's 'Small Press of the Year' competition, of which we were one of the Regional Finalists. I have since branched out in freelance editing and proofreading, and am open to working with new clients.

I began 2021 by co-translating a memoir with fellow Norwegian translator Rachel Rankin. Following this, I've been translating samples and summaries for literary agencies, such as Oslo Literary Agency, Northern Stories and Gyldendal Agency. Through the summer, I translated two books set for publication in early 2022, including Horst and Enger's nordic noir novel Slagside [Unhinged] and Eva Marie Bensten's biographical book about street artist Martin Whatson. I am currently working on a number of fiction and non-fiction samples, as well as a co-translation of Haddy Njie's rhyming picture book Snart sover du, alongside Rachel Rankin.

I was lucky enough to receive the NORLA bursary to attend the British Centre for Literary Translation's summer school in July, led by translator Kari Dickson and author Mona Høvring, in which I participated in numerous translation and creative writing workshops with fellow literary translators.

I also attended a translation workshop run by NORLA and the Norwegian Embassy in December 2020. 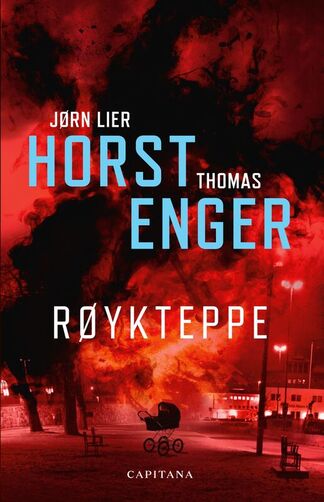 After practicing literary translation in my undergraduate MA at Edinburgh, translating Norwegian, Swedish and Danish literature, I went on to participate in the Emerging Translator Mentorship while carrying out further study in a Literary Translation module, as part of my postgraduate degree at the University of Manchester. 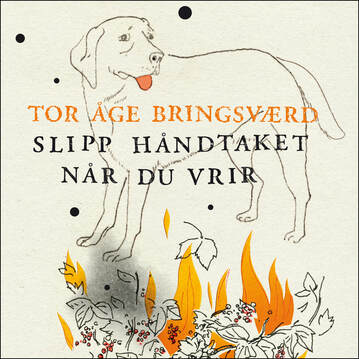 What is a black hole? It’s a rift, a tear in the enormous cosmic web that we call the universe. The hole is such a colossal concentration of mass, and thus has such a powerful gravitational field, that if something were to fall into it, it would essentially be impossible to get back out.[1] In theory, a black hole can appear anywhere, at any time. Still, I’m more than happy to admit that I had my doubts when I, in a pub somewhere in City-L, met a man who was adamant that he had found one of these paradoxes of nature in his own home.

‘It’s not that much bigger than a pinprick,’ the man explained a short while later as he let us into his flat.
It was, indeed, very hard to see anything at all.
‘Where is it?’ I asked.
‘Look at the bookshelf,’ he whispered.
It was a big bookcase, shelves stretching from floor to ceiling, chock-full of books.
‘The third shelf from the bottom,’ the man indicated. ‘Look.’
That shelf didn’t seem quite as packed with books as the others.
‘At first I thought I’d just lent a few out,’ he said. ‘It would take me hours to track them down though.
Besides, for someone as organised as I am… it started with just one or two a week. But soon enough, a book was going missing every day. And now, well…’
I leant in closer.
‘Careful!’ he yelled. ‘Don’t touch anything! I used to have a cleaner who came in to tidy up a bit every Tuesday… not anymore. I presume she was dusting over by the bookshelf… but I can’t say for sure.’ He threw his arms up in genuine bewilderment.
I stared. I put my glasses on – couldn’t actually see anything in particular, but at least then I could have a look at some of the titles on the book spines.
‘I’ve been trying to put the books that I’m not particularly bothered about over here,’ he said. ‘I mean, the ones I’ve already read and know that I’ll never – anyway, take a seat, I’ll make us a coffee.’

His name was Hugo, and he was a secondary school teacher.
I stayed there for around two hours. During that time, three Agatha Christies, one Dag Solstad and two prayer books disappeared. Unbelievable. Swoosh! Right in front of my eyes. I thought I’d managed to catch a glimpse of the hole once or twice, but I might have just imagined it. Perhaps in the same way that I thought I had also seen the books moving about a bit.
It was only once we saw that third Agatha Christie rustling on the shelf that we were certain.
‘THERE!’ we shouted in unison, just as The Thirteen Problems vanished.
We shook our heads and looked at each other for a long time.
‘It doesn’t make any sense,’ said Hugo.
‘No,’ I replied. ‘It makes absolutely no sense whatsoever!’

Clearly, we had moved onto something stronger than coffee. But not for one second did we forget to feed the little hole. It was slightly more visible now, and resembled a black, beating heart. And it wasn’t long before it had gulped down the complete works of Knut Hamsun.
‘I never liked him anyway,’ said Hugo, as he topped up our glasses.
‘Me neither,’ I said. ‘Can’t stand him.’
‘Can’t exactly say that out loud to most Norwegians though,’ Hugo mumbled as he chucked another tattered copy of Growth of the Soil into the insatiable hole.


[1] A common misconception, widely believed until quite recently.